CRUDDS media team FIRST PODCAST.  Our review of the ballot and how you might consider voting.  This is suggested ballot choices.  Richard Wood​ of judgingshadows.blogspot.com and Dick MIller, a retired  serial inventor and "father of the modern baseball", and Vic Campbell​ bring their immeasurable combined intellect to the people for consideration.  The ballot for our district may include offices not listed for other districts. CRUDDS "Chumuckla Reprobates Utopian Debate and Discussion Society" has secret rules of membership and caricature that nobody remembers.  We meet almost weekly over coffee or other liquids to pursue a goal of World Peace.
THIS FIRST EPISODE is quite long. We know one of our founding members, Roy Allen​ will enjoy the entire discussion.  The first third is about the ballot and our suggestions for support. The middle third drifts into some global issues and then a discussion of baseball history.  The latter third on the time-line gets into some of Richard Wood's introduction to mayhem and pandemonium of our local past history.  We hope you allow yourself to relax and learn about the tensions in our present and past.  Maybe you will feel as if you are in the conversation.
This episode became primarily an AUDIO podcast because the camera failed.  Meanwhile the recorder captured the discussion. Photos are added along with text to carry some of the feel for the CRUDD ambience. Feel free to criticise, agree, disagree or praise our brilliance.
USE THE TIMELINE track to move the play cursor to other parts of the conversation at any time.
Our Conservative advisor suggested on the Judge appointments to the courts that we could safely agree to vote YES on all of them. ... Only one did a CRUDD suggest a NO and only because of 20 years on the bench. We all like term limits but Judges are not legislators which is where most of the term limit issues are of interest.  IF you have a good judge - keep them if they are healthy.
LINKS--
me3tv.org (youtube channel of Vic Campbell)
judgingshadows.blogspot.com (blog of mayhem by Richard Wood
Buzzcreek.com  ... Vic's main page and history DVD's
12ponder.com  ... Vic's list of interests and links for local exploring
CHUMUCKLA - facebook link
Below suggested votes for the Amendments for the basic conservative.
....... note --- our CRUDDS thought "NO" for number 4 was a good idea because we hire our legislators to debate these issues and make things happen. They need to debate the issues.  I think they do need to publicise clearly what amendments they are debating so the public can respond to their legislator. But having the public vote on most of these is an exercise in futility.  The public will not grasp the issues except for a very few who will have little effect on voting any of them down.
In the video we discuss these and why we suggest what we do (all like below except #4) 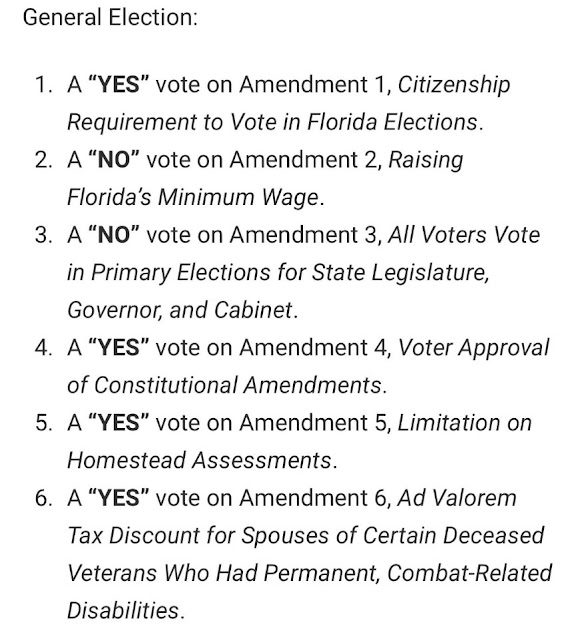