This is Pamela Patterson's son -- Chumuckla HS  '67. It is posting late here - with apologies. I was unaware. (Vic)

Jimmie Mathew “Matt” Butler, 45, of Milton, FL, passed away Sunday, March 13, 2016. Matt was born on August 26, 1970, in Pensacola to Jimmie and Pamela Butler, and resided in Pace for the first half of his life. He was a graduate of Pace High School, the University of West Florida, and the University of Alabama. Matt was a very active member of Immanuel Baptist Church for many years. He participated in the choir and mission trips, but mostly loved working with the children. His love of working with children continued during his college years, serving the summer months specifically with the Techwood Center in inner city Atlanta, Georgia. He settled after his college years in Dallas, Texas, where he resided until August 2013, when he moved back home to Northwest Florida. While in Dallas he worked in varying positions with public relations and in his spare time loved participating in the arts. He was well gifted in song, dance and acting. Matt was very much a people person and enjoyed life.Matt was preceded in death by his grandparents, Harry M. and Lou V. Butler of Milton, and James D. Patterson of Pace, Florida.Matt is survived by his father, Jimmie L. Butler of Pace; his mother, Pamela G. Patterson of Milton; his sister, Traci L. (Paul) Peaden of Milton; nephew, Jase D. Peaden of Milton; grandmother, Judy I. (Harold) Strength of Flomaton, Alabama; numerous loving uncles, aunts, cousins, and friends.A Celebration of Life Service will be held for Matt at Immanuel Baptist Church, Pace, Florida, on Saturday, March 19, 2016, with Clain Roberts officiating. Visitation will be held from 12:00 p.m. – 2:00 p.m. prior to the service. The family would like to give a very heartfelt thank you to Dr. Dennis Mayeaux, the staff and nurses at Sandy Ridge Health and Rehabilitation, and the staff and nurses at Regency Hospice – Pensacola.
Posted by BUZZ CREEK at 8/15/2016 No comments: 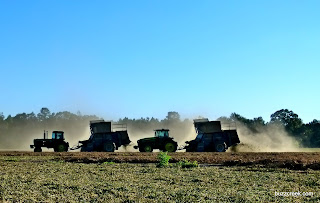 Most of the local and state candidates showed up for the fish fry and stump talks in Jay, August 6. The few that missed would be sad to know that we estimate for every local citizen who showed up, another 50 to 100 voters are influenced. This is because the town of Jay is an older pioneer genetic base for the region and families and networks are centuries old. So, because of the deep roots throughout the county - even large parts of the South County are affected by what people in Jay hear and talk about.  Conversely, the more shallow roots but much greater numbers of South County residents require attendance to be 4 to 8 times larger for the same "reach".  Congratulations to all the candidates for participating in the GREAT AMERICAN TRADITION.   Here is the AUDIO from the Jay STUMP TALKS.  Feel free to note the time stamps for YOUR favorite candidates.
JAY STUMP TALKS - 2016 (audio)
PICTURES 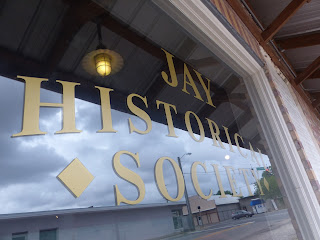 Do feel free to join in the Jay Historical Facebook Page Group
The site has become a fascinating repository of short stories
and reminiscing by members and others. It is an enjoyable stop
along the highway of information.
Posted by BUZZ CREEK at 8/09/2016 No comments:

Willie Mae Cook Enfinger, 90, passed away peacefully in her Chumuckla, FL residence on Friday, August 5, 2016.
Mrs. Enfinger was born November 3, 1925 to Duncan Charlie and Mary Annar Ellis Cook and was a lifelong resident of Chumuckla. She was a kind and loving wife, mother, and grandmother. After retirement, Mrs. Enfinger became an avid and lucky gambler and made many trips to play at the slot machines!
She was preceded in death by: her parents; her husband, Gaston Enfinger; her daughter, Margaret Ard Sanchez; and two grandchildren.
Survivors include: five daughters: Annie Harris (Gerald Finch) of Pace, Brenda Correll Simmons of Gateswood, AL, Linda Sauls (Jim) of Milton, Vicki Stillings (Mark) of Gulf Shores, AL, and Kathy Bloor (Roger) of Niceville; two sons, Rufus Ard (Patsy) of Chumuckla and Ronald Ard (Diane) of Pace; sixteen grandchildren; thirty-eight great-grandchildren; and twenty-four great-great-grandchildren.
Trahan Family Funeral Home of Milton is in charge of arrangements.
Visitation will be held from 10:00 a.m. until funeral service begins at 11:00 a.m. on Tuesday, August 9, 2016 at Chumuckla Community Church.
Burial will follow at Elizabeth Chapel Community Cemetery.
Posted by BUZZ CREEK at 8/07/2016 No comments: