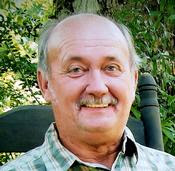 Mr. Spicer was a native of Brewton, AL and had worked fourty plus years as a truck driver in the transportation industry. He was of the Baptist faith and attended Ray's Chapel in Bogia, FL. He was preceded in death by his parents, B.C. and Ruthie Spicer and a brother, Billy Spicer.

Visitation will be held on Sunday evening, April 15, 2012 at Flomaton Funeral Home Chapel from 6 until 8 p.m.

Please share your memories and condolences with the family at www.flomatonfh.com.