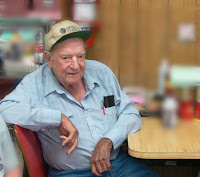 Mr. Wayne H. Jernigan, 80, of the Chumuckla Community died on May 29, 2007.
He was a native of and lived most of life in Santa Rosa County. He was retired from American Cynamid Company where he served as lands manager. He was also a retired farmer and rancher and will be remembered as a true sportsman.
At age sixteen he enlisted in the merchant marines to serve his country and served on wartime cargo ships in hostile conditions.
Mr. Jernigan served his community by being a past member of the board of directors of the Escambia River Electric Corporation and a past member of Board of Alabama Electric Corporation. He was very active in local, state, and national politics.
Funeral services will be at 1:00 p.m., Friday, June 1, 2007 at Elizabeth Chapel United Methodist Church with Revered La Don Hall and Reverend John Richardson officiating. Visitation will begin one hour before the service. Burial will follow in the church cemetery.
Active pallbearers will be: Doug Hatfield, David Hatfield, Jerry Hatfield, Mark Harris, Tubby Jernigan, and Clarence Cassidy.
Honorary pallbearers will be: Jack Caraway, Jerry Kilpatrick, Copeland Griswold, Paul Griswold, Danny Melvin, and Clint White.
TRAHAN FAMILY FUNERAL HOME in charge of funeral arrangements.

SEE THE COMMENT LINK under the prior post about our Reunion on June 9. Benny is stuck in Baghdad for now.
Posted by BUZZ CREEK at 5/30/2007 No comments: 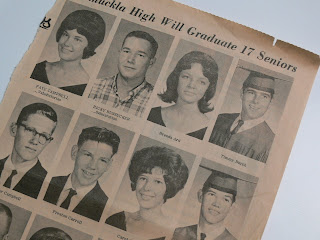 We'll be at the Opry for the afternoon. All former students, staff and faculty from the school (and friends) are invited to join us for a great visit. You can stay into the evening and have dinner and the show at the Farmer's Opry. (SEE COMMENTS BELOW - NEWS FROM BENNY) The prices are very reasonable and we can visit even longer into the night! Our YAHOO Group page has more news and notes about our planning. Carole put this notice in the local news:
CAT COUNTRY WRNE WXBM PRESS GAZZETTE NEWS JOURNAL WEAR 3
Chumuckla High School Class of 67’ is celebrating their 40 year class reunion at the Farmer’s Opry in Chumuckla on June 9th 2007 from 1:00-4:00 PM. All former students and teachers are invited to a night of food, fun and music afterwards at 4:30PM, dinner $10:50 or dinner and show $18.50. For more information Carole Bryant 850-994-3251.
Posted by BUZZ CREEK at 5/28/2007 1 comment:

Dr. Joe Maurice Bamberg, 91, of Milton, went home to be with the Lord Monday morning May 21, 2007. He died peacefully from complications following surgery.
Joe was born July 13, 1915 in Brent, Alabama.
Dr. Bamberg attended Bob Jones College and Southwestern Seminary. He had an honorary doctorate of divinity from Stetson University.
After college, Joe led music in revival services in North Carolina with preacher Jimmy Johnson and it was there that he met Betty Larkins who became his wife. He attended seminary in order to become an Army Chaplain and served two years in Hawaii.
On Aug 26, 1947, he accepted the call to First Baptist Church in Milton, Florida and led that congregation till he retired to Pastor Emeritus status in 1980.
In Milton "Brother Joe" as he was affectionately known, was not content to just be a preacher. He broadcast a 15-minute radio program, "Coffee with the Parson" five days a week for 26 years. As he found prospects around Santa Rosa County, he preferred to establish missions near them rather than try to have them travel to his church. He did not like to ask others to do what he was not willing to do. On a Saturday you might find him leading others from the church to fix up a building or clearing land for a mission or some project. He was especially proud of "Camp Koinonia" which is used for day and overnight camping. He delighted in visiting people in local hospitals whether from First Baptist or not and was a strong supporter of getting the Santa Rosa Medical center built.
After his retirement he and Betty spent their summers at a mountain cabin in Clyde, NC and were active in First Baptist church in Waynesville. He preached in a revival in England, visited missionaries in Africa and went to Chile on a mission trip with Betty.
He was active with the Pensacola Habitat for Humanity.
He is preceded in death by his father and mother, Robert and Minnie Bamberg, his brother "Red" Bamberg and his son, Joe Maurice Jr. who died in infancy. He is survived by Betty Bamberg, his wife of nearly 64 years, his daughter Barrie, his sons, Tim and Bob (Ruth), one grandchild Eddie (Dawn), two great grandchildren Cana Rose and Noah along with his sister, Minnie Ward Griffin and numerous nieces and nephews.
Funeral services will be held on Friday May 25 at 2 pm at First Baptist Church in Milton. Visitation will be Thursday evening from 5 to 8 pm and Friday starting at 9 am at the Church.
In lieu of flowers the family requests that a donation be made either to the Bamberg Chapel at First Baptist (First Baptist Church, 6797 Caroline St. Milton, Fl 32570) or Habitat for Humanity (Pensacola Habitat for Humanity, P.O. Box 13204, Pensacola, Fl 32591-3204).
LEWIS FUNERAL HOME in Milton is in charge of the arrangements.
Posted by BUZZ CREEK at 5/23/2007 1 comment: