This poem about Buddy, the dog, is from the pen and voice of James Doyle Moore of Jay, Florida. We have many good writers in our region. Many are sharing their works about remembrances at the FB page for The Jay Historical Society - and the Jay Museum.
Posted by BUZZ CREEK at 11/10/2015 No comments:

A Blog You Will Enjoy

Samuel Peacock II was my 5th Great Grandfather. He was a soldier in the Militia for North Carolina. I have had soldiers in this country since it began and beyond in England all the way back to Jerusalem. There is a long lineage of service to our country, and its people in my family.

There is a very cute story about Samuel and General George Washington who wanted to pass his toll bridge free of charge. Samuel told him he would have to pay like anyone else. That guy had something I tell ya!

Here is the rest of the story for a lazy start to your morning, and I hope that you enjoy the look back at some of the men in my family that have helped keep us free!    CONTINUE THIS STORY AT MUSINGS WITH KIMMEE ....
More about Gloria Peacock Kimmell at her facebook page.
Her Facebook Page
Posted by BUZZ CREEK at 11/06/2015 No comments:

A News Report from Chumuckla

A brief visit with the legendary Davis Family in Chumuckla leads to a treasure of history and otherwise random information. !  See the Blog -- IN COUNTRY with UNCLE VIC 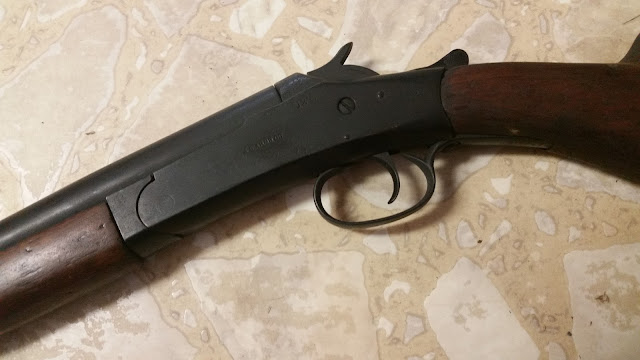 Edward “Eddie” Ray Savant October 23, 2015 Mr. Edward “Eddie” Ray Savant, 70, passed away on Wednesday, October 21, 2015, in Pensacola. Mr. Savant was a native of Chumuckla and a resident of Santa Rosa County most of his life. Mr. Savant was a member of the Brownsdale Baptist Church. Mr. Savant is preceded in death by his parents, Robert and Dianna Savant and two brothers, Robert Jr. and Jimmy Savant. Mr. Savant is survived by his church family. Funeral services were held Friday, October 23, 2015, at the Brownsdale Baptist Church with Bro. Jeff Leake officiating. Burial was at the Traveler’s Rest Cemetery. Pallbearers will be the men of the church. Petty-Eastside Chapel Funeral Homes is in charge of all arrangements.
Posted by Doug at 11/03/2015 No comments:

Have I ever told you how much I enjoy reading this blog. A LANDING DAY? The writer randomly land in a Google map somewhwere in America and begins too fill us in on a whole description of the place. Fascinating.