Much history this month, 200 years ago. RIGHT HERE. Read the following blog post. Note the Montgomery fort mentioned is not the Montgomery we know now, but a Fort near the Fort Mims ruins and Stockton, Al. RIGHT NOW in NOVEMBER, the Chumuckla Indian village was about to be attacked. Jackson's main army is marching toward New Orleans, having discovered information in Pensacola that the British were sailing with an army out of Jamaica to attack there. 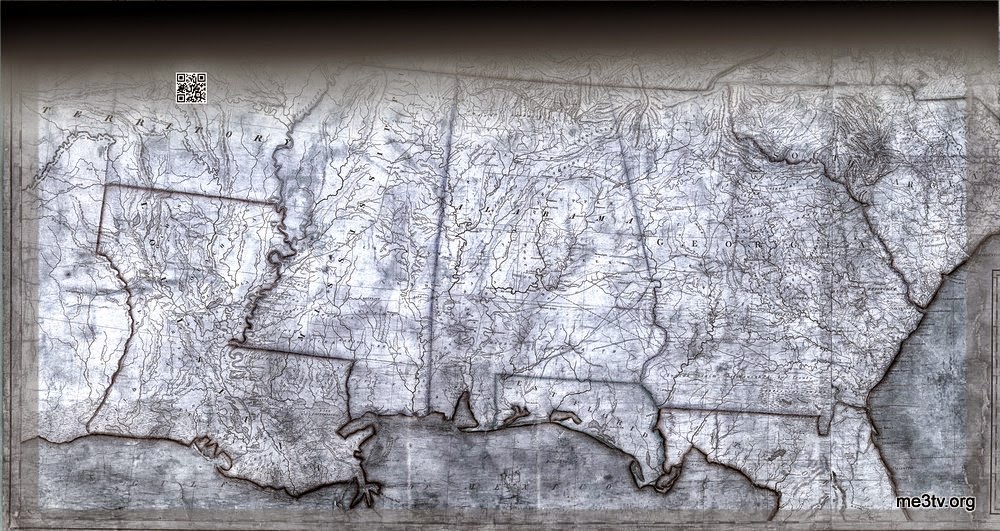 At that point in time , The Redsticks had made Mess of things and allied with the Brits. The White sticks and other tribes wanted nothing to do with that or Tecumseh's Shawnee religion. THE 1812 war alliances and the 1813 Fort Mims massacre began a shift in American policy and public opinion away from assimilation and toward removal. All the tribal alliances with Jackson at the time were not enough to overcome the shift in thinking. Jackson, on becoming president, took an opportunity to lock in Democtratic Party power by removing the Indians to make way for settlers and the future of his party in the South.

Edward Quinnon CampbellEdward Quinnon "Buddy" Campbell, born February 9, 1921, was called to his eternal home by his Heavenly Father on October 3, 2014. He was graced with 93 ½ years of Earthly life where he had prepared for this journey and was well prepared. He loved the Lord and believed wholly in the Bible and its teachings without concession. He is a Charter member of Berrydale Baptist Church and was dedicated to supporting and ensuring the Church operated according to Biblical standards. His faithfulness was evident in his daily living and his life was his belief in action. He believed in attending church, helping others, getting along with each other, and working hard. His love of the Lord was followed by his love of life, family, and friends. Family and friends could always depend on him in times of need knowing that he would do whatever he could. He loved everyone and never met a stranger. Farming was a favorite pastime of his; he loved to plant, tend, and grow vegetables which he generously shared with everyone. Edward valiantly served in the Army Hq. Co. 238th Engineer Brigade European Theatre of Operations during World War II. He was involved in the Invasion of Normandy - he has recounted being dropped off shore about what seemed to be a mile out and having to wade to shore. In November, 1944, at the Battle of Aachan, Germany, his feet were frozen and he was hospitalized and treated then returned to duty. In January, 1945, during the Battle of the Bulge following the German break-through his feet were again frozen and sent for treatment. These injuries caused problems for the remainder of his life. After being discharged, he farmed and also gained employment at NAS Whiting Field and performed several different jobs during his 40+ years including Supply and Fuel. While working in Fuel he realized that a lot of fuel was being wasted using the system they had. He created and began using a system that saving the fuel. His superiors were so impressed with his system they proposed the system to their superiors and it was adopted as the approved method for fueling. His system was implemented nationally and he was recognized for his innovation.He leaves behind his loving wife of 66 years, Lillie Nell Anderson Campbell; six children: James Edward (Sylvia); Roger Earl (Joy); Anthony Wayne (Carolyn); Richard Lavon (Cindy); Raymond Lavon (Traci); and Nelda Kay (Ray) White; six sisters: Betty Jane (Bert) Larson; Alma Lois Simmons; Nadie Griswold; Catherine Simmons; Jewel Driskell; and Mildred Smith; 16 grandchildren: Kelly (Thomas) Ward; Tonya (Brock) Morais; Jessica (Matthew) Storey; Geoffrey Campbell; Chris Campbell; Scott Campbell; Kimberly (Jayson) Douglas; Kara (Daniel) Cook; Shane Campbell; Jonathan Campbell; Laura (Brian) Carnley; Levi Campbell; Sarah Campbell; Brittany White; Brandon White; Bethany White; and a multitude of great-grandchildren, and one great-great-child.He is preceded in death by his parents: Edward "Bob" Frank Campbell and Sallie Ola Slade Campbell; two sisters and two brothers: Willie Vera Spicer; Ann E. Campbell (infant); Franklin Campbell; and Ira "Son" Campbell.The family extends a heart-felt "thank you" to Dr. Muthusamy Velusamy for his incredible care of our husband, father, grandfather, brother, uncle, friend, shining example, and hero. Dr. Velusamy treated him with expertise, compassion, and respect. He knew that he was elderly but he looked at him as a person not an age. When other doctors said that they wouldn't treat him Dr. Velusamy saved his life and extended it by years. We are eternally grateful for him. We also would like to thank the Hospice unit and doctors at West Florida Hospital who treated him who caringly helped guide our decisions and made his last days better.Funeral proceedings will be Tuesday, October 7, 2014, at 3:00 p.m. at Berrydale Baptist Church with Reverend Earle Greene officiating. Visitation will be from 1:00 p.m. to 2:00 p.m. for family members and 2:00 p.m. until 3:00 p.m. for friends and guests. Burial will follow at Elizabeth Chapel Cemetery in Chumuckla, FL with military and masonic rights. Pallbearers will include Frank Lowry, Levi Blackmon, Derek Blackmon, David McCurdy, Wayne Cook, and Gene Ellis. Honorary pallbearers will be: James Simmons, Herbert "Bud" Rowell, W.L. Bray, Sam Davis, Duane Bond, Don Cassidy, Jim Cagle, and Masonic brothers from Lodge #16. - See more at: http://www.legacy.com/obituaries/pensacolanewsjournal/obituary.aspx?n=edward-quinnon-campbell&pid=172707916#sthash.EIayvpxN.dpuf
Posted by Doug at 10/09/2014 No comments: