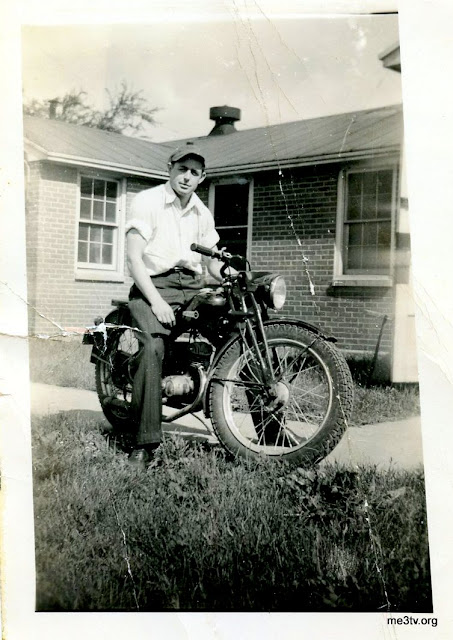 Doug Davis found this photo among his parent's affects.  He thinks he was told by his dad the man was a Simms which is the maiden name of his grandmother Davis.

He remembered being told the man had this motorcycle and was proud of it. He wrecked it one day on the big curve on Hwy 197 near the old Wallace Field. And he died there.  Anybody have a clue who he was.?

It appears to be a 1950's house structure. Seems a more modern motorcycle than the 1940's.