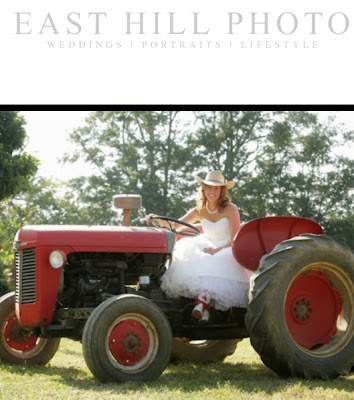 A great idea for a fund raiser, but it does take a little nerve to do it. Nice to see our wonderful teacher from 1967 - was up to the task. Louise Whitfield (Parks) Driggers is AMAZing-ing -ing. CALENDAR LINK.
Posted by BUZZ CREEK at 10/12/2008 1 comment:

MOLLIE JANE JERNIGAN WARD
7/10/1931-9/28/2008
Mollie Jane, daughter of Gasque and Virginia, went Home Sunday, September 28, 2008. Mollie Jane was a proud Santa Rosa County resident and a member of one of the pioneer families of North West Florida. She was a member of the Daughters of the American Revolution as well as the Daughters of the Confederacy. She was also a member of the Floridatown Historical Society.
Except for the past few years, she was involved in many civic activities, a lot of them being the restoration and preservation of many of the old Santa Rosa Cemeteries. Mollie Jane was a member of Elizabeth Chapel United Methodist Church, of which was named for her great-grandmother.
Mollie Jane was preceded in death by her husband and soul mate, Jim Ward, in 1983; and her sister, Julie Booher, who went Home in January 2004.
She leaves behind three sisters, Pat Price, of DeFuniak Springs, Hester (Wilbert) Courtney, of Milton, and Myra Hughes, of Pace; sister-in-law, Pat (Leon) Livingston; much loved nieces and nephews, cousins, and dear friends; four adoring children, who will miss her most of all, David (Joyce) Mitchell, of Pace, Ginny (Richard) Garrett, of Pace, Crystal Ward (Jim Lane), of Pace, Jayme (Robin) Ward, of Milton; also, ten grandchildren, Jesse Mitchell, Heather Baesman, Bonnie and Hollie Livingston, Laura and Matt Melton, Tiffany, Charlsey and Cody Martin, and James Ward.
"We love you, Grandmother. We won't forget the things you taught us."
Funeral services for Mrs. Ward will be 11:00 AM, Thursday, October 2, 2008 at Elizabeth Chapel with Rev. Byrd Mapoles officiating. Burial will follow in Elizabeth Chapel Cemetery with Lewis Funeral Home directing. Visitation will be from 5:00-7:00 PM, Wednesday, October 1, 2008 at Lewis Funeral Home, Pace Chapel, 4777 W. Spencerfield Road in Pace.
Active pallbearers will be Gary Price, Danny Hughes, Leon Livingston, Jeff Melton, Calvin Robinson and Johnny Rollo.
Honorary pallbearers will be Edward Collinsworth, Alvin Enfinger, Harold Dannelley, Wilbert Courtney, Dave Rankin and Mike Riley.
Friends may send condolences and share fond memories with the family to www.lewisfuneralhomes.net

Brandon Griffin, age 28 of Chumuckla, Florida, left this life for his Home in Heaven on Monday, September 29, 2008.
Brandon was born in Pensacola, Florida, on June 24, 1980. He lived in Chumuckla most of his life and was employed as an Apprentice at Southeast Building System, Inc.
Brandon was a special young man and loved spending time with his children and family. He loved the outdoors, bow hunting and fishing. He loved the Lord in a very special way. Brandon was loved dearly by all who knew him and will be forever missed and will always have a place in our hearts and lives.
Brandon is survived by his son, Dakota Griffin, whose mother is Brandy Dunn of Dadeville, AL; and his daughter, Dorianne Griffin, whose mother is Jessica Peaden of Pace, FL. He is also survived by his father and mother, Scott and Connie Griffin, Chumuckla, FL; sister, Aimee Griffin and her fiance`, Beau White of Pace, FL; nieces, Penelope Griffin and Kylie Ann White of Pace, FL; fraternal grandparents, Bo and Janice Griffin of TN; maternal grandparents, Chris Fraley of Pace, FL; Carl Carter of Pensacola, FL; and many uncles, aunts, cousins, and friends;
Funeral services will be at 9:00 AM Friday, October 3, 2008 at the Chumuckla United Methodist Church with Rev. Clive Knights officiating at the memorial service. Burial will follow in Elizabeth Chapel Cemetery with Lewis Funeral Home directing.
The family will receive friends from 6:00-8:00 PM Thursday, October 2, 2008 at the Chumuckla United Methodist Church.
Pallbearers will be John Orishvich, Joey Barnes, Benjamin Kent, Mitch Smith, JoeJoe Keoler, Daniel Harris, Larry Faulk and James Bell.
Friends may send condolences and share fond memories with the family at www.lewisfuneralhomes.net.
Posted by Cynthia at 10/02/2008 No comments: